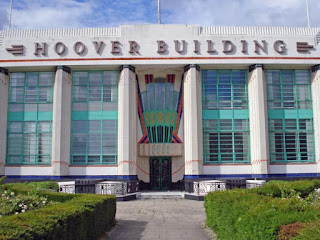 My uncle Ken worked at the Hoover factory during the last two years of the second world war.  It had been given over to making armaments ('flamethrowers, that sort of thing', says Ken).  It is a much admired building, rightly so, and has now been converted onto flats.  I have discovered that Elvis Costello wrote a song about it.

From the West London Observer - Friday 18 March 1932. Brother Patrick of course survived to write Hangover Square and Gaslight. He died in 1962. 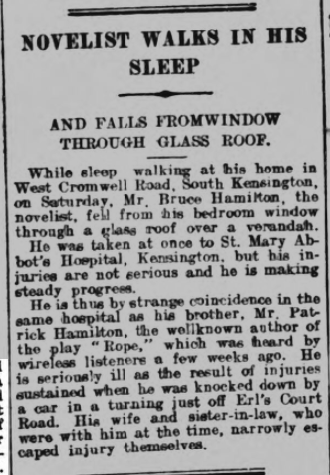 Brought to my attention by James Marriott in the Times.  It isn't at all clear to m what Geoffrey Hill is on about (it never is) but there is something here I vaguely recognise, a sort of lost memory.

THE LAUREL AXE
by Geoffrey Hill
Autumn resumes the land, ruffles the woods
with smoky wings, entangles them. Trees shine
out from their leaves, rocks mildew to moss-green;
the avenues are spread with brittle floods.
Platonic England, house of solitudes,
rests in its laurels and its injured stone,
replete with complex fortunes that are gone,
beset by dynasties of moods and clouds.
It stands, as though at ease with its own world,
the mannerly extortions, languid praise,
all that devotion long since bought and sold,
the rooms of cedar and soft-thudding baize,
tremulous boudoirs where the crystals kissed
in cabinets of amethyst and frost.
at 21:32 No comments:

ON THE BEACH AT FONTANA

ON THE BEACH AT FONTANA

From whining wind and colder
Grey sea I wrap him warm
And touch his trembling fineboned shoulder
And boyish arm.

Around us fear, descending
Darkness of fear above
And in my heart how deep unending
Ache of love!

The Granville Theatre, Walham Green (Fulham Broadway to you youngsters). Adjoined was my great grandmother's caretaker's flat, through the walls of which Grand Guignol screams kept my mother awake and fearful through the night in the early 1930s. The theatre was established by a consortium that included Dan Leno. It was designed by Frank Matcham (who also designed the Coliseum). My g-grandmother, Elizabeth Mary Nunns, was the undertaker not for the theatre but for the solicitors and the coal merchants on the floors below hers. The theatre and offices were demolished in 1971. 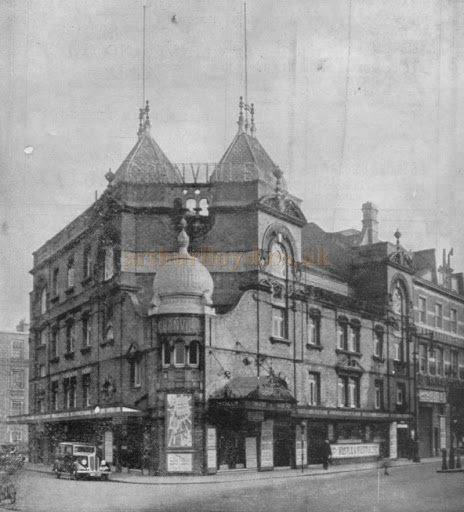