To the NPG for privileged early look sans crowds at the Cezanne Portraits exhibition.  Curiously cheerless bunch of characters, not a smile to be seen, all very flat and still.  At the same time, it is impossible to be made despondent by despond so wonderfully rendered.
at 09:59 No comments:

Letter to The Times by Simon Schama, Howard Jacobson and Simon Sebag-Montefiore.

Letter to The Times by Simon Schama, Howard Jacobson and Simon Sebag-Montefiore.  6/11/17


Sir, In this centenary year of the Balfour Declaration we are troubled by the tone and direction of debate about Israel and Zionism within the Labour Party.
We are alarmed that during the past few years, constructive criticism of Israeli governments has morphed into something closer to antisemitism under the cloak of so-called anti-Zionism. We do not object to fair criticism of Israel governments, but this has grown to be indistinguishable from a demonisation of Zionism itself — the right of the Jewish people to a homeland, and the very existence of a Jewish state. Although anti-Zionists claim innocence of any antisemitic intent, anti-Zionism frequently borrows the libels of classical Jew-hating. Accusations of international Jewish conspiracy and control of the media have resurfaced to support false equations of Zionism with colonialism and imperialism, and the promotion of vicious, fictitious parallels with genocide and Nazism. How, in such instances, is anti-Zionism distinguishable from antisemitism?
Such themes and language have become widespread in Jeremy Corbyn’s Labour Party. So far the Labour leadership’s reaction has been derisory. It is not enough to denounce all racisms in general when this specific strain rages unchecked.
Zionism — the longing of a dispersed people to return home — has been a constant, cherished part of Jewish life since AD70. In its modern form Zionism was a response to the centuries of persecution, expulsions and mass murder in Christian and Muslim worlds that continued from the Middle Ages to the mid-20th century. Its revival was an assertion of the right to exist in the face of cruelty unique in history.
We do not forget nor deny that the Palestinian people have an equally legitimate, ancient history and culture in Palestine nor that they have suffered wrongs that must be healed. We hope that a Palestinian state will exist peacefully alongside Israel. We do not attempt to minimalise their suffering nor the part played by the creation of the state of Israel. Yet justice for one nation does not make justice for the other inherently wicked. Zionism is the right of the Jewish people to self-determination. We believe that anti-Zionism, with its antisemitic characteristics, has no place in a civil society.Howard JacobsonSimon Sebag MontefioreSimon Schama
at 10:12 No comments: 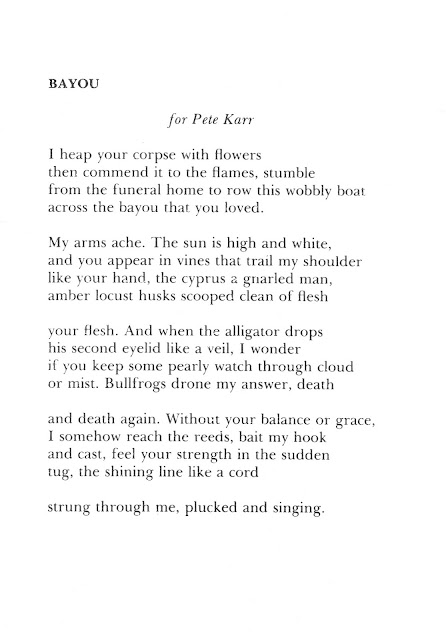 When the Present has latched its postern behind my tremulous stay,
And the May month flaps its glad green leaves like wings,
Delicate-filmed as new-spun silk, will the neighbours say,
"He was a man who used to notice such things"?

If it be in the dusk when, like an eyelid's soundless blink,
The dewfall-hawk comes crossing the shades to alight
Upon the wind-warped upland thorn, a gazer may think,
"To him this must have been a familiar sight."

If I pass during some nocturnal blackness, mothy and warm,
When the hedgehog travels furtively over the lawn,
One may say, "He strove that such innocent creatures should come to no harm,
But he could do little for them; and now he is gone."

If, when hearing that I have been stilled at last, they stand at the door,
Watching the full-starred heavens that winter sees,
Will this thought rise on those who will meet my face no more,
"He was one who had an eye for such mysteries"?

And will any say when my bell of quittance is heard in the gloom,
And a crossing breeze cuts a pause in its outrollings,
Till they rise again, as they were a new bell's boom,
"He hears it not now, but used to notice such things"?