Wynn Wheldon
26 July at 09:44 ·
Has anyone seen this woman? Stolen from Hampstead cemetery. Found and returned to Golders Green. Stolen again. Not found.
at 21:01 No comments:

THE BATTLE OF PILCKEM RIDGE

The battle of Pilckem Ridge was the first attack of the Third Battle of Ypres, now known more familiarly as Passchendale.  The Officer in Command of the 14th Battalion of the Royal Welsh Fusiliers, one of the units involved, was Captain Wynn Wheldon, my grandfather. 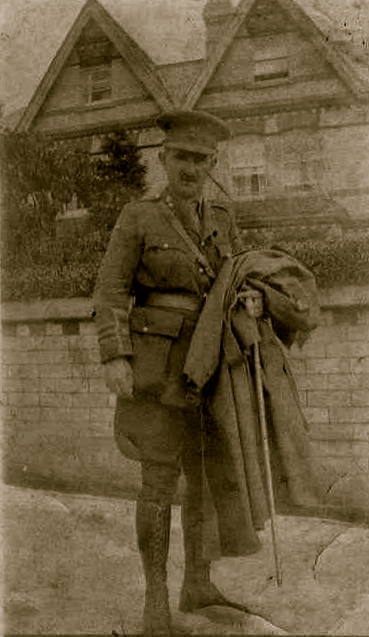 A LITTLE SUMMER SOMETHING

KNOW ONE: Me reading my poems

These poems were the result of a project, KNOW ONE, undertaken by my bad self and visual artists Sirpa Pajunen Moghissi and Sue Spaull.  We visited each of London's 'magnificent seven' Victorian cemeteries, and chose a single subject from each.  A little research followed, and then the poems and accompanying art works.  All are acts of remembrance, and stand for all the forgotten.  It isn't Thomas Gray, but it is meant in a similar spirit. The pictures can be seen here http://www.sirpamoghissi.com/ and here: http://suespaull.com/

Why it starts four minutes in beats me.  Certainly my own cackhandedness.  Please rewind, as 'twere.

Rain.  And on the pitch thunder and lightning.  Godawful conditions, but what a tremendous struggle this was.  Not great rugby, but great sport.  I thought AWJ was immense, and made way for Lawes at just the right moment.  Itoje grows into himself.  Warbs and Faletau and O'Brien did what needed to be done.  Furlong's a nugget.  George made that Murray try. Sexton didn't break in two.  Farrell kicked that pen.  It was an 11 man game, so actually the absence of Sonny Bill was not as damaging to the ABs as it might have been in better conditions.  Barrett's misses were godsends, but kicking from the hand he was terrific.  To stop them scoring a try was something special  - the defence in that last quarter was something to behold.  I'd keep the same team for next week, but perhaps play Nowell instead of Daly.  He adds a little unexpectedness.  My knuckles are still sore as hell from punching the ceiling when Faletau scored.
at 00:32 No comments: