THE PATRIOTS by Sana Krasikov 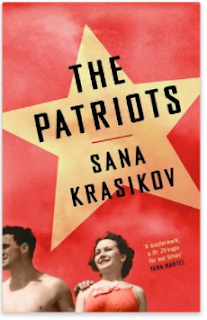 My review of Sana Krasikov's forthcoming debut novel, which is an absolute cracker.

PAUL NASH AT THE TATE

To the Tate for Paul Nash.  A biggish exhibition, perhaps a little too big, but fascinating.  I've had a soft spot for Nash ever since an exhibition of his photos at my school in the early 1970s.  I feel possessive.

Among the very first pictures is one which features a moon and pyramids.  It is a geometric theme than runs through almost all his work, giving it its distinctiveness and tension: the war between curve and straight.  That early picture also has a mysteriousness which is present in almost all his subsequent work, and provides the seasoning that brings the paintings their liveliness.

Nash's trees and hills and suns and moons are given a mythic identity; I was reminded of Samuel Palmer.  Nash is a romamtic: the world is not as it seems; nature contains meanings.

By later landscapes I was reminded of Ivon Hitchens, who surely learned from Nash, who by this time seems more interested in the paint on the canvas, so to speak.  There is more than a hint of abstraction.

The absence of Nash's most famous painting, the wonderful 'Battle of Britain' was a disappointment.  Is there a war going on between the Tate at the Imperial War Museum?  I wanted to use it in my biography of my Dad, as it seemed brilliantly to illustrate the strange beauty of a scene he witnessed, of German dive bombers being scared off by Spitfires, over the Channel in 1940.  But I wasn't allowed colour pics, so...

My favourite picture was probably this one:


A very worthwhile exhibition.  Nash was not a great painter, I think, but he was a very good one.  Top of the second division.  This is a great oversimplification, but I think, in the end, the paintings say more about Nash himself than they do about the world.  Having said that, I was at Seatown recently, below Golden Cap, and the moon  had risen as the sun was setting over the channel, behind me.  There was a clump of trees on the rise of a hill, and it was mysterious, and it made me think of Nash, and Nash made me feel this little landscape's power, so maybe I'm wrong, and he has helped me see the world. 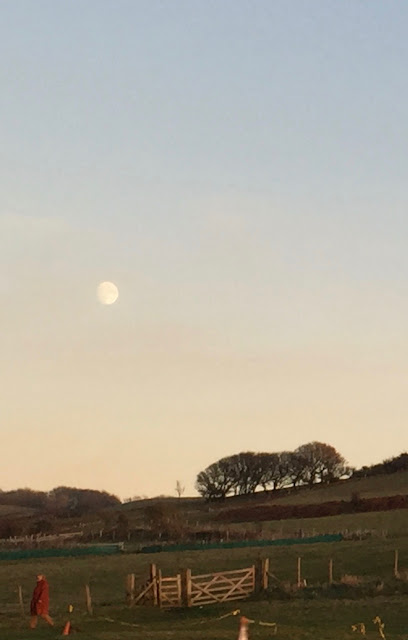