CHEER UP FOR CHATHAM

"Cheer up for Chatham, Dover's in sight,"Mum used to say.  I think she did once explain whence it came but I've forgotten.  I have two possible explanations: It is very old and the Chatham referred to was Pitt the Elder, and the phrase referred to the idea that one was nearing home - a safe port - after a sea voyage.  More likely, it is from the railways: 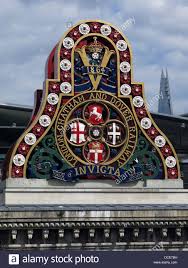 Why 'Invicta' - who knows?  This is from Wikipedia: "'The Chatham', as it was sometimes known, was often criticised for its lamentable carriage stock and poor punctuality" - and they didn't have the RMT to put up with.