These big shows – and this has 13 rooms – are of course always full of people getting in the way of the pictures.  As a rule I tend to scoot from beginning to end, hoping for say 6 or 7 pictures to catch my eye.  I’ll then attempt to look at each one of those seven when it isn’t being crowded.  This usually works, although of course it means I miss much.  But I don’t believe you can look at more than about ten or twelve pictures in an hour.

So, the thing I noticed on this scoot around was the complete lack of human life.  It might be argued that New York city, of which there are two friendly paintings, can hardly be said to be devoid of human life, but the truth is that they are an anomaly.  When O’Keeffe came to paint adobe desert dwellings she painted them as though they were a part of the landscape, natural forms (which, in a sense, they indeed are).  A prime example of this is ‘Taos Pueblo’ (1929): 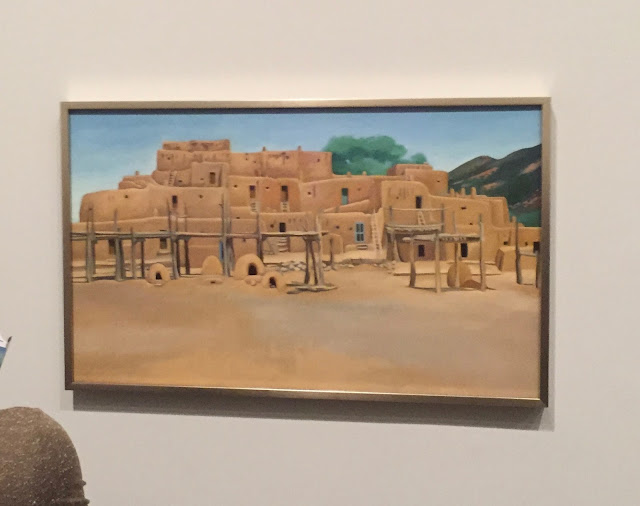 And when she begins to move back towards abstraction, human habitation becomes fit for that too, as in ‘In the Patio No 4’ (although you can also feel the heat): 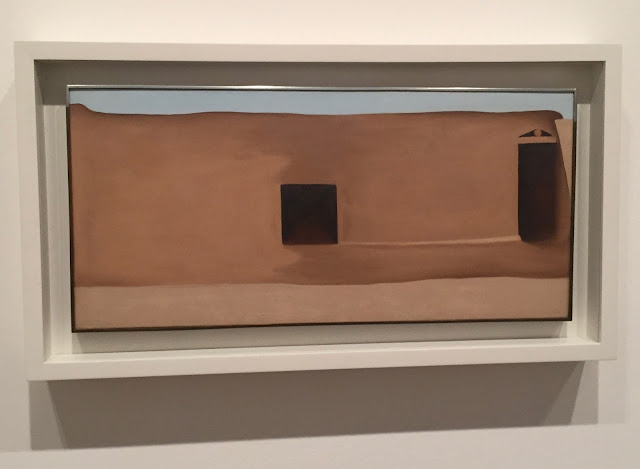 There are photographs of O’Keeffe herself, the work of her husband Alfred Steiglitz.  She is markedly handsome and severe; her hair not allowed to crowd her face. 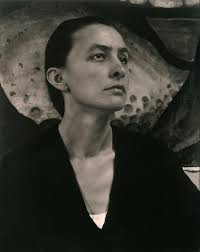 Steiglitz’s photos are often concerned with geometry, with plainness and planes, and there is a sense in which this is true of O’Keeffe’s work too, although her form is more plastic (I don’t really want to say ‘softer’).  As my son pointed out, her paintings are exceptionally still things that absolutely pulse with life. Perhaps this paradox is what makes them so alluring.

Having said that, my personal favourites were atypical. I very much liked the early charcoal abstracts.  “I decided not to use any other colour until it was impossible to do what I wanted to do in black and white”. The two pictures that come closest in the exhibition to the depiction of the human body are: ‘Mask with Golden Apple’, my photo of which somehow failed to come out (it is a letter box shaped picture of an African mask lying flat and painted from side-on, with an apple between the artist and the mask); and ‘A Man from the Desert’ (1934): 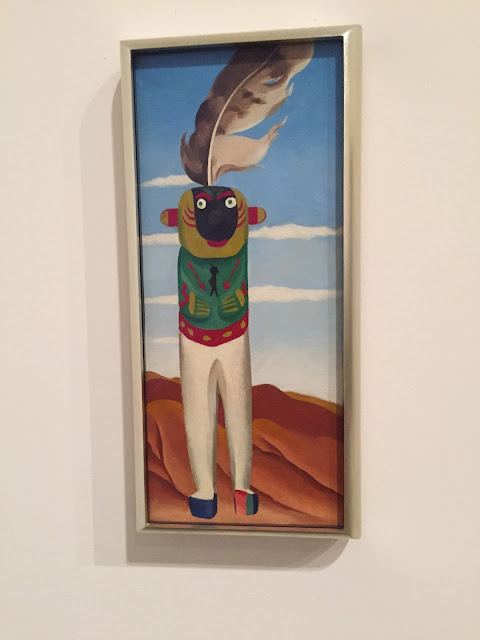 The picture I liked best, the one I’d really quite like to have, is ‘Red and Orange Streak’ (1919), which frankly is a bit of a cracker: 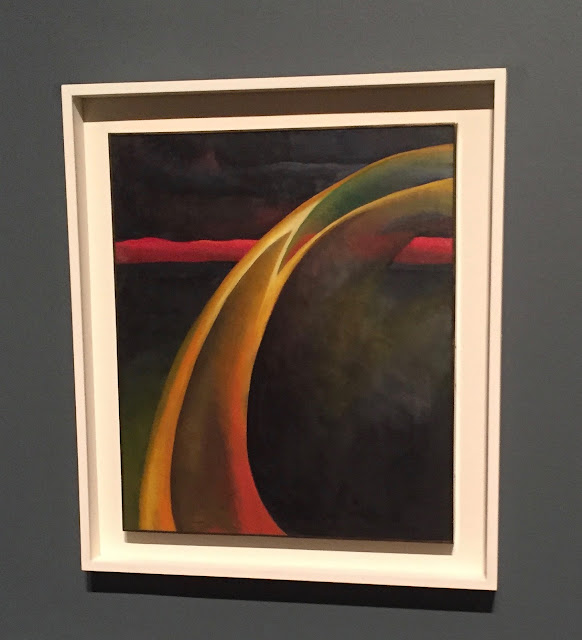 There ARE flowers there, of course, and they are remarkable. I prefer the simplicity of the desert, the austere nature of the abstract, the wonderful swoosh of the streak.
at 21:18