Went, yesterday, to the bash at BAFTA to celebrate the work and life of Nancy Thomas, who died in January.  I was privileged to be able to escort her friend and colleague Anne James to and from the occasion.  I knew of Nancy Thomas because she directed many of Monitor's best films, and was my father's right hand man in the famous team of talents that Monitor was.  I learned yestrday that her office was one end of the corridor and Dad's at the other, on the not exactly salubrious seventh floor of Lime Grove.  The rooms were tiny; each had a sink.  They had previously been dressing rooms, when Lime Grove was a cinema studio.  Nancy Thomas, according to Anne, used to like to perch on Dad's lap when meetings were held in his office, as there was usually not enough room for everyone.  She was a petite, handsome women, and absolutely no-nonsense.  Everyone testified to how much they had learned from her.  Speakers yesterday included David Attenborough, Humphrey Burton and Melvyn Bragg. However, she had claims to fame, other than her brilliance as a maker of arts films for television.  She had been the last person out of the British Embassy in Paris before the Germans arrived; in Cairo she had charmed Tito; she was Kenneth Clark's secretary and amanuensis.  And after leaving the BBC she more or less ran the Open university.  Jonathan Miller was there, stooped and ageing; Tony Palmer, too, although I didn't see him.  It was very good to see David and Humphrey and Melvyn in one room - to be in one room with them - and it took me back to our Christmas parties.  I stood by as Melvyn and Humphrey said goodbye to one another and couldn't help myself beaming.  Melvyn was in cheerful form, and Humphrey was resplendent in a purple shirt (I have always though of the colour purple when thinking about Humphrey).  He was pleased to have come across a piece of film I had never seen before, that Nancy had made for Monitor about the photography of Henri Cartier-Bresson. Wonderful stuff.  Very good cake afterwards.  I think Nancy would have approved. 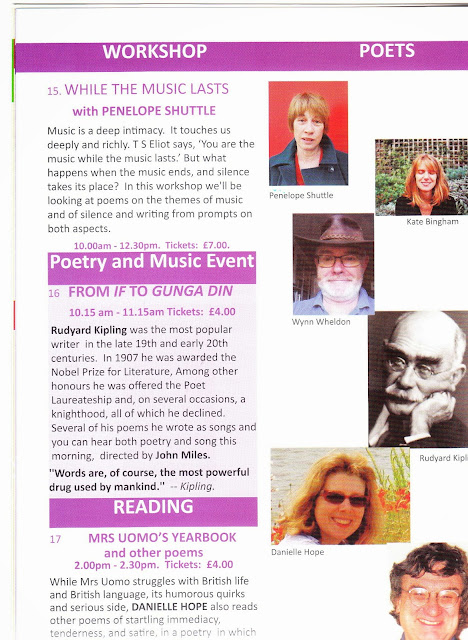 It isn't every day that you get your phisog lined up beside Mr Kipling's exceedingly fine 'tache.
at 13:10 No comments: 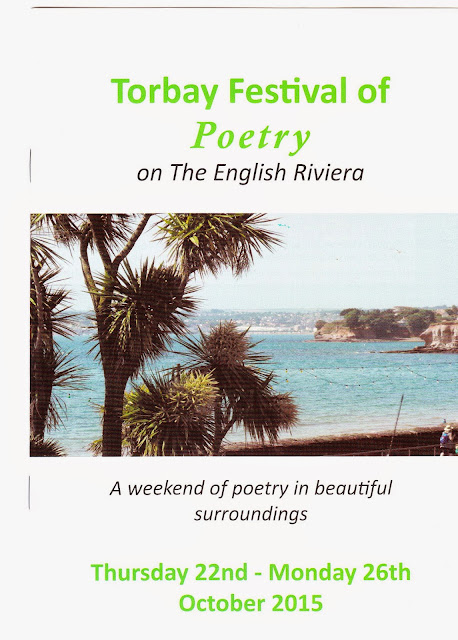 Should anyone be in or around Torbay in October, do come and sup at the table of Erato, Euterpe, Apollo and heaven knows who else - oh, me!  I am reading at 2.45 on Sunday 25th, privileged to be playing support to the excellent Kate Bingham.