The Disappeared by Roger Scruton 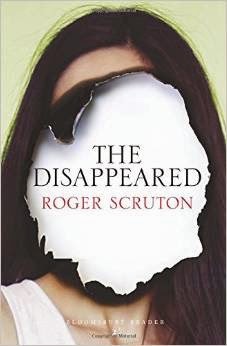 This extremely affecting novel will be described as being about grooming, sexual abuse, human trafficking, multiculturalism's vices, political correctness and similar issues.  It will be accused of all sorts of things, not least of which will be that it is by the conservative philosopher Roger Scruton, bete noire of all right-thinking leftists.

Actually, fundamentally,  it is about one of the philosopher's great subjects, love. One of the jobs the book seeks to do is to distinguish between secular and religious forms. Indeed, it is the rubbing of one against the other that creates the sparks that propel the plot.  It is a book that almost certainly requires two or three readings, for its subtleties and nuances are hidden by a clarity of prose and a directness of storytelling that keeps the pages turning a little too fast for proper reflection.  As I think Nabokov said, "there's no such thing as reading a good book once".