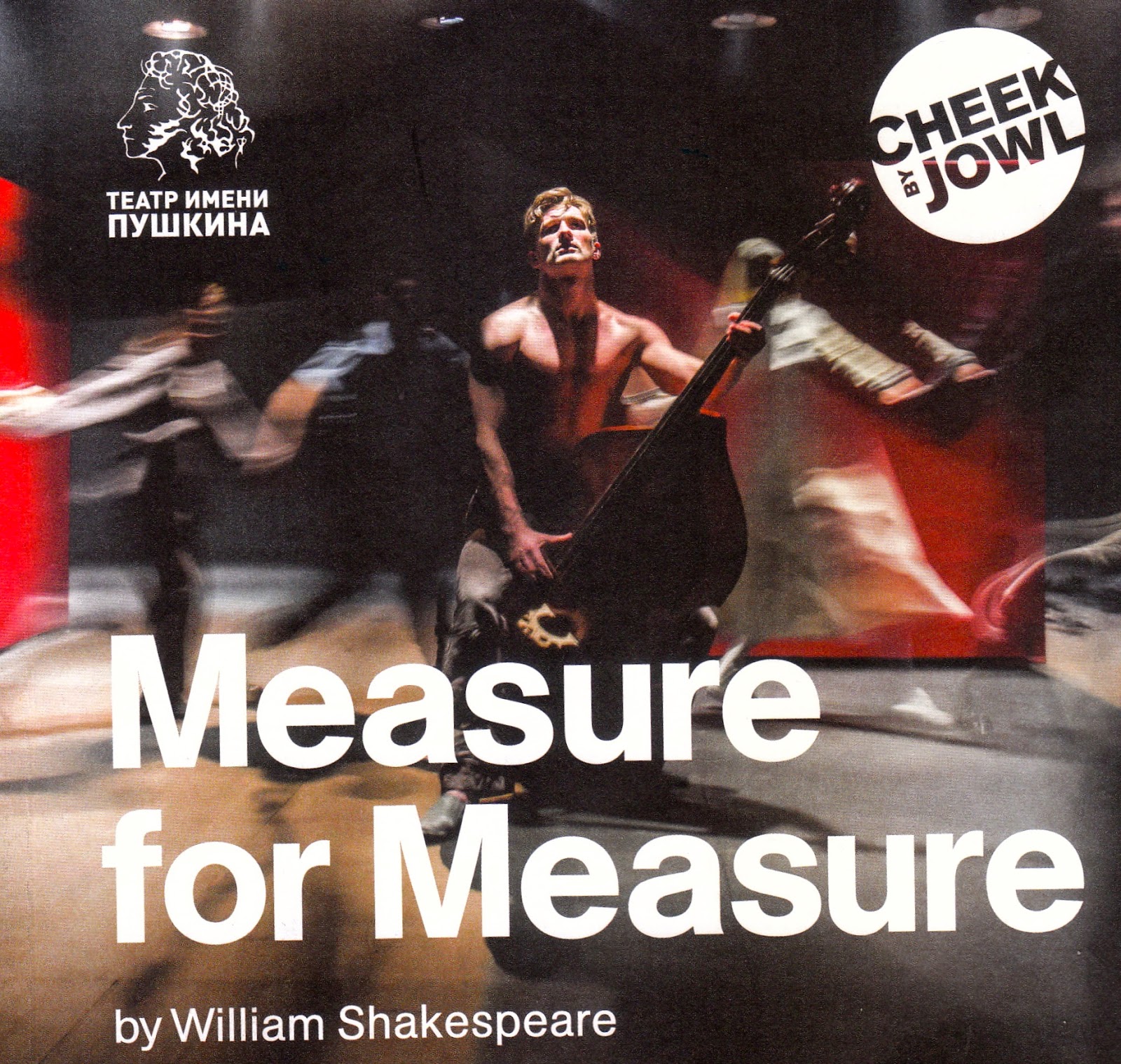 The last time a couple of us attempted a foreign language production of Shakespeare at the Barbican, it was Cymbeline in Japanese and Mr Mendoza and myself were in seats that precluded us from seeing the surtitles. Mr Mendoza cleverly left at half-time.
Measure for Measure is not so obscure a play as Cymbeline, and many of us had seen Michael Attenborough’s brilliant production at the Almeida five years ago, with Rory Kinnear and Anna Maxwell Martin and Ben Miles as the Duke (with whom we had a very good supper afterwards). However, it is not a play one knows in the sense that one knows Hamlet or Henry IV or The Tempest.  It is a complicated play that throws up all sorts of questions about morality; very probably it is the nearest Shakespeare gets to a play governed by New Testament ethics.  Seeing it in English requires concentration.  Seeing it in Russian?  Well, as I brushed my teeth before leaving home, I thought, this is one for the piety check box.
Quite wrong.  A real pleasure.  It featured “nudity and smoking” as plays used to do without warning signs in the 1970s, and ran without an interval, the length of a movie, 105 minutes.  So obviously there were major extractions. Most sadly missed were the rude mechanical scenes with Pompey and Froth, but it was a minor sadness, and very likely they would have been difficult to properly translate into Russian.  The principles, especially the delicate Anna Khalilulina as Isabella, were first class.  Isabella is one of Shakespeare’s best roles for women, played here as more vulnerable than Anna Maxwell Martin’s, but nonetheless the very heart of the play (for it is she, after all, who learns the most).
The real star was the production itself. The set comprised five red cubes, and an occasional odd chair or two and a desk (behind which a terrifically Sovietesque provost, Alexander Matrosov, sat smoking).  Around these the cast moved, sometimes in a close cohort, picking up characters at the end of a scene, depositing new ones, somehow softly, sometimes separately walking with tremendous purpose around and across the stage as though late for an important meeting or looking for an elusive friend.  The choreography of the thing was, in itself, a pleasure to watch. Occasionally there was music, a sort of Russian-inflected waltz (the play is set in Vienna).
This music, and the freer movement of the cohort signal the intrusion into Angelo’s grim puritanical world of the forgiving Duke, disguised as the Friar.  As his plans begin to unfold the play becomes lighter: the set itself seems less bloodily red. We are heading towards one of those Shakespeare resolutions in which everyone ends up married, as being the only way of maintaining sanity and order in a seriously messy world.
There were surtitles.  Some of them were not Shakespeare – “fun-house” had both Mr Mendoza and myself baffled – but on the whole they were.  So it was hard to avert one’s eyes from these, but then it was equally hard to divert one’s attention from the stage, so enjoyable were these actors to watch.
Speaking personally this was one of the Club’s most enjoyable outings.  I rather liked not having to keep up with spoken Shakespeare, given that I cannot hear very well these days.  I liked it too because – I know this is heretical – it was short.  I liked not having an interval.
It also seemed pertinent in its rejection of the puritan ethics that are enveloping us from both left and right..


Here’s to nudity and smoking.