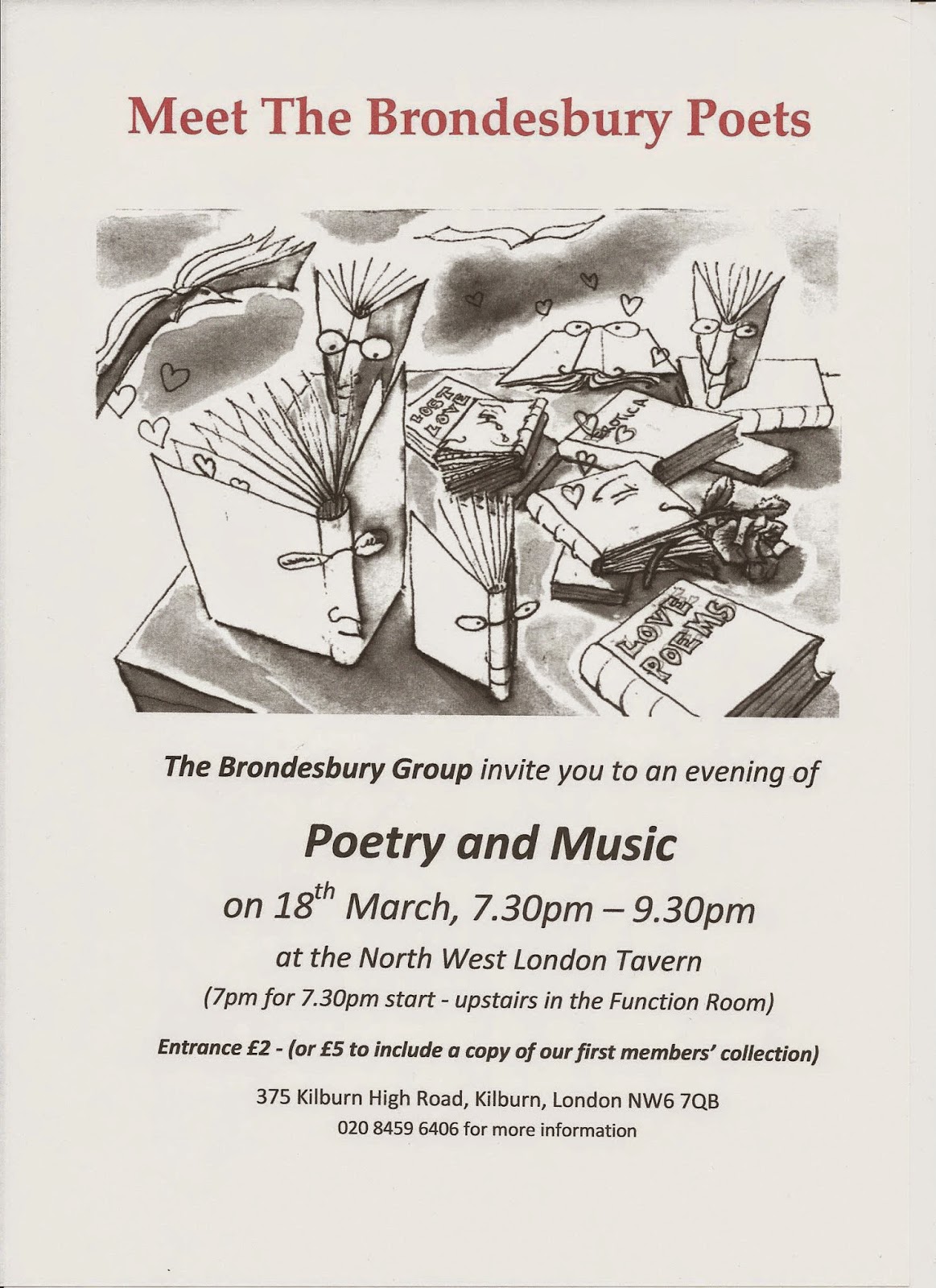 DRAWN ON WATER by Mel Pryor

This review originally appeared in Lunar Poetry No. 5

I defy anyone to find serious fault with this collection of twenty intelligent, intelligible poems.  Doubtless, there are readers of a misanthropic bent who will find it altogether too likeable, and there are those who prefer the riddles of obscurity to Pryor’s relatively plain spoken responses to life’s little (actually pretty big) mysteries.
The title, ‘Drawn on Water’ takes Keats’ nib and refashions it into a brush. Nature and our responses to it, including all the big stuff – birth, love, death – is not only transient but shifting, a nice difference, suggesting not only mutability but also opacity:

…the mind is a shifting thing,
can change like alder drawn on water
(Alder)

There is a sense, a benevolent suspicion, that many of these poems are written against that transience, in order to pin experience, to fish it out and dry it on earth.  For those lyric poets amongst us – so many! – that, if we are honest, is the purpose of our poetry.
For Pryor, dry earth is existence its very self.  The poet moves – “first things first” -  out of the primordial, pregnant waters of ‘Heritage dive’, in which her daughter has “pinched the DNA / of a goldtail angelfish” and her daughter’s father is “over there, inside the big bald flounder” to a picket-fenced garden in which the daughter explores (“constantly moving, nomadic”)  the world  her parents have “rooted” themselves into; and whether it is “stromatolite time” or “fifteen centuries of aisle” or the years that make up the poet’s “personal narrative”, time is often the measure in these poems. “When did time erase them?” the poet wonders of old lovers in her “heart’s previous lives”.
In the lovely ‘The Waterboys play ‘The Whole of the Moon’’, the poet remembers a carefree drive among the Italian lakes – “open top and a glaze of alcohol” – and

…remembers thinking
We would never love like this again

And this memory touches, gilds with a kind of sweet melancholy, a return journey years later.  The poem ends with an absolute peach of an analogy:

I hold onto that slim translucent memory
the way the day will sometimes
hold onto the moon in its blue sky.

Having suggested the earthing of these poems in time, and, given the title of the collection, it might be best to recognise how often the liquid world is invoked: “the world we swam from”, “the puddled swing”, “tired waves”, “a pool of shade”, “my dream of a Northumberland shoreline”, returning, in the last poem, to the “alder drawn on water”.
The poem ‘Back’ may be taken as the most typical poem in the collection, in which most of the themes Pryor is interested in find some kind of shape.  A small naked child is in the bath and leans forward to reveal a ‘map’ – perhaps a birthmark at the base of his spine. The poet is reminded of the “precise moment” when this “map” was formed, when early in her pregnancy, while consulting a real Ordnance Survey map on a walk in the Lake District, she “felt a shift of love / inside me”.  Childhood, memory, pregnancy, discovery, the umbilical relationship of individual to the world, and mystery: all these themes mingle in this deceptively simple poem (that is, again, full of water).
Mystery, because throughout this collection there is a sense of wonder that gives its poems their tenderness.

When she comes close to his sweet expectant
face, she thinks how little he knows of her,
how little anyone knows of anyone else.
(St Bride’s)

In ‘Rose’ she beholds her daughter “as if she was made by stars and the sun, / not me, not us”, and “can only guess at her language, / what tiny kingdoms, myths / and creatures, what mysteries it holds”.
As an antidote to all this lovely mystery and love and so forth there is ‘The little slug woman’, which is really quite nasty (although perhaps it is just sad), but again it is a poem that plants humankind thoroughly into the natural world.
Most of these poems are written in free verse, though often with consistent stanza lengths and rhyming sometimes so discreet as to be – like that Italian moon – translucent.  There are – something that sometimes seems de rigeur for contemporary poetry – plenty of words I had to look up: stromatolite, mussitation, vernixed, girandole, ormer – but looking up is good for you, and generally the language is clear cut.
Drawn on Water will provoke no head-scratching.  Its poems will appeal to any intelligent reader.  It is hard to write so straightforwardly without recourse to cliché (or clever-clever anti-cliché, for that matter).  Pryor’s subjects are as old as poetry, and we all recognise them, but her experience of them is very much her own. This collection is fresh, accomplished, and, best of all, enjoyable.

I think that's a phrase from Henry James, but I've no idea of its provenance.  This gnarled beauty - John Wayne as Rooster Cogburn - is on Hampstead Heath.  I think it is a kind of maple. I'm sure someone will correct me if I'm wrong. I walked by it as the sun began to whiten this afternoon. 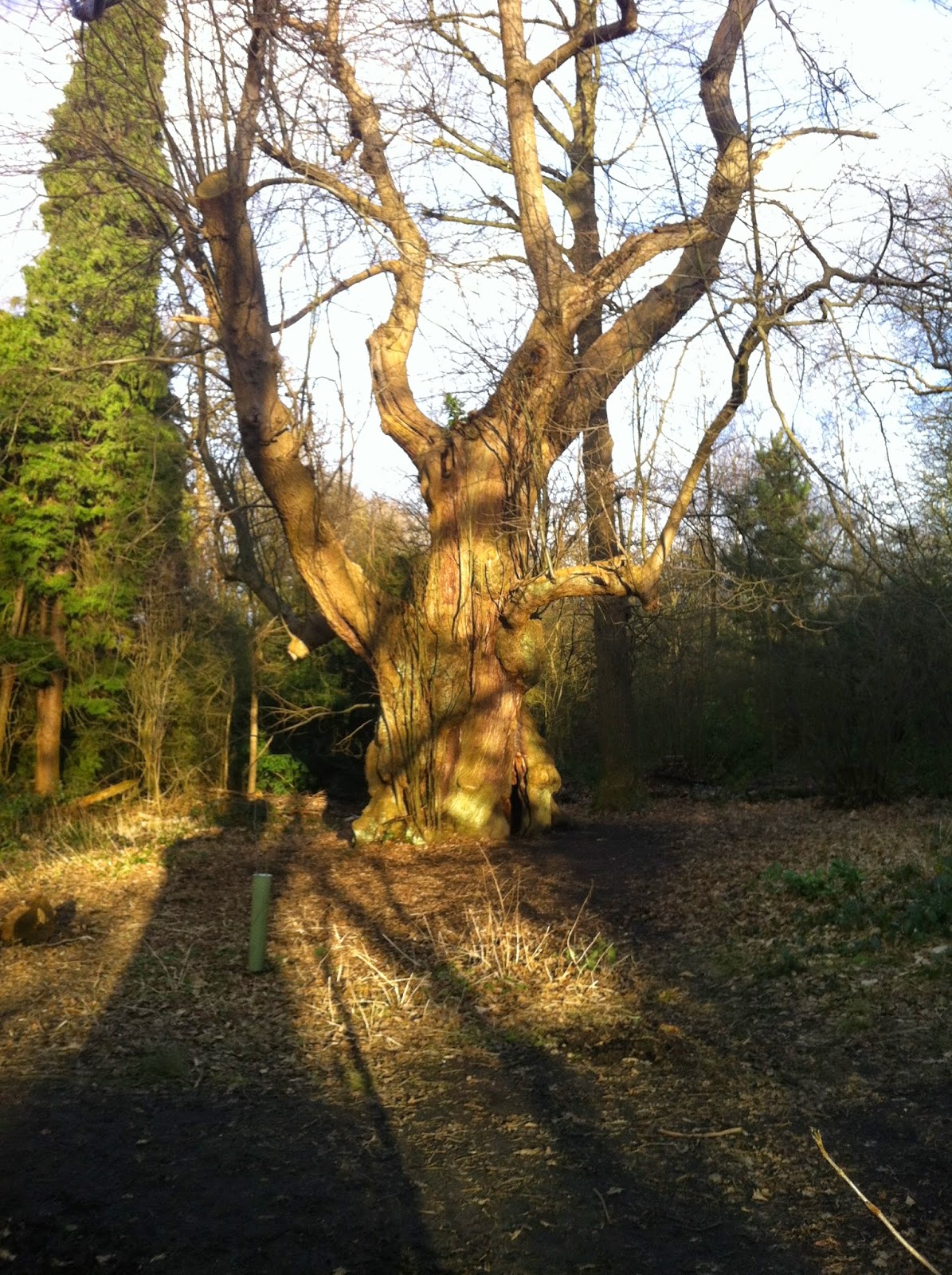 Billy's hit song was called "Red Hot," and it was red hot. It could blast you out of your skull and make you feel happy about it. Change your life.
He did it with style and grace. You won't find him in the Rock and Roll Hall of Fame. He's not there. Metallica is. Abba is. Mamas and the Papas -- I know they're in there. Jefferson Airplane, Alice Cooper, Steely Dan -- I've got nothing against them. Soft rock, hard rock, psychedelic pop. I got nothing against any of that stuff, but after all, it is called the Rock and Roll Hall of Fame. Billy Lee Riley is not there. Yet.
I'd see him a couple times a year and we'd always spent time together and he was on a rockabilly festival nostalgia circuit, and we'd cross paths now and again. We'd always spend time together. He was a hero of mine. I'd heard "Red Hot." I must have been only 15 or 16 when I did and it's impressed me to this day.
I never grow tired of listening to it. Never got tired of watching Billy Lee perform, either. We spent time together just talking and playing into the night. He was a deep, truthful man. He wasn't bitter or nostalgic. He just accepted it. He knew where he had come from and he was content with who he was.

This http://www2.warwick.ac.uk/fac/cross_fac/complexity/people/students/dtc/students2011/maitland/fun/ is very enjoyable.
at 10:39 No comments:

DYLAN ON RISK AND SINATRA

Q: Do you think of this album as risky? These songs have fans who will say you can’t touch Frank’s version.
A: Risky? Like walking across a field laced with land mines? Or working in a poison gas factory? There’s nothing risky about making records. Comparing me with Frank Sinatra? You must be joking. To be mentioned in the same breath as him must be some sort of high compliment. As far as touching him goes, nobody touches him. Not me or anyone else.
from this: http://www.aarp.org/entertainment/style-trends/info-2015/bob-dylan-aarp-magazine.html
at 11:42 No comments:

Just came across this while idly pootling on my 'puter.  Massively popular (22 plays in a year), I feel as though I'm no the road to literary stardom.