MORE MAJOR NEWS FROM THE WORLD OF POETRY

In further poetry news...  R.V. Bailey, co-editor of aforementioned Book of Love and Loss, was also the judge for this year's Torbay Open Poetry Competition.  She went so far as to commend a poem I had entered, and I went to Torquay on the weekend to collect my certificate during the course of the Torbay Festival of Poetry.  At a grand supper on Saturday night we listed to Maurice Riordan reciting.  One of the poems he read was 'Sweet Afton'.  I shall give you the first verse.


Once we sparked up on planes, playgrounds.
We smoked on the john. On the job. Even as we drove
There was a risk we took, a second of blind
Chance at the wheel to catch the light in one move.

(from The Water Stealer, published by Faber & Faber)

The last time I won anything for poetry was in 1974, when I won the Milton prize at school.  Sounds very impressive, but the truth is my poem was the only entry.  Here's a picture of my certificate.  The poem is called 'Boys Smoking Weed in the Cemetery', and as soon as I hear that I may I shall post it here for the bigger world's delectation. 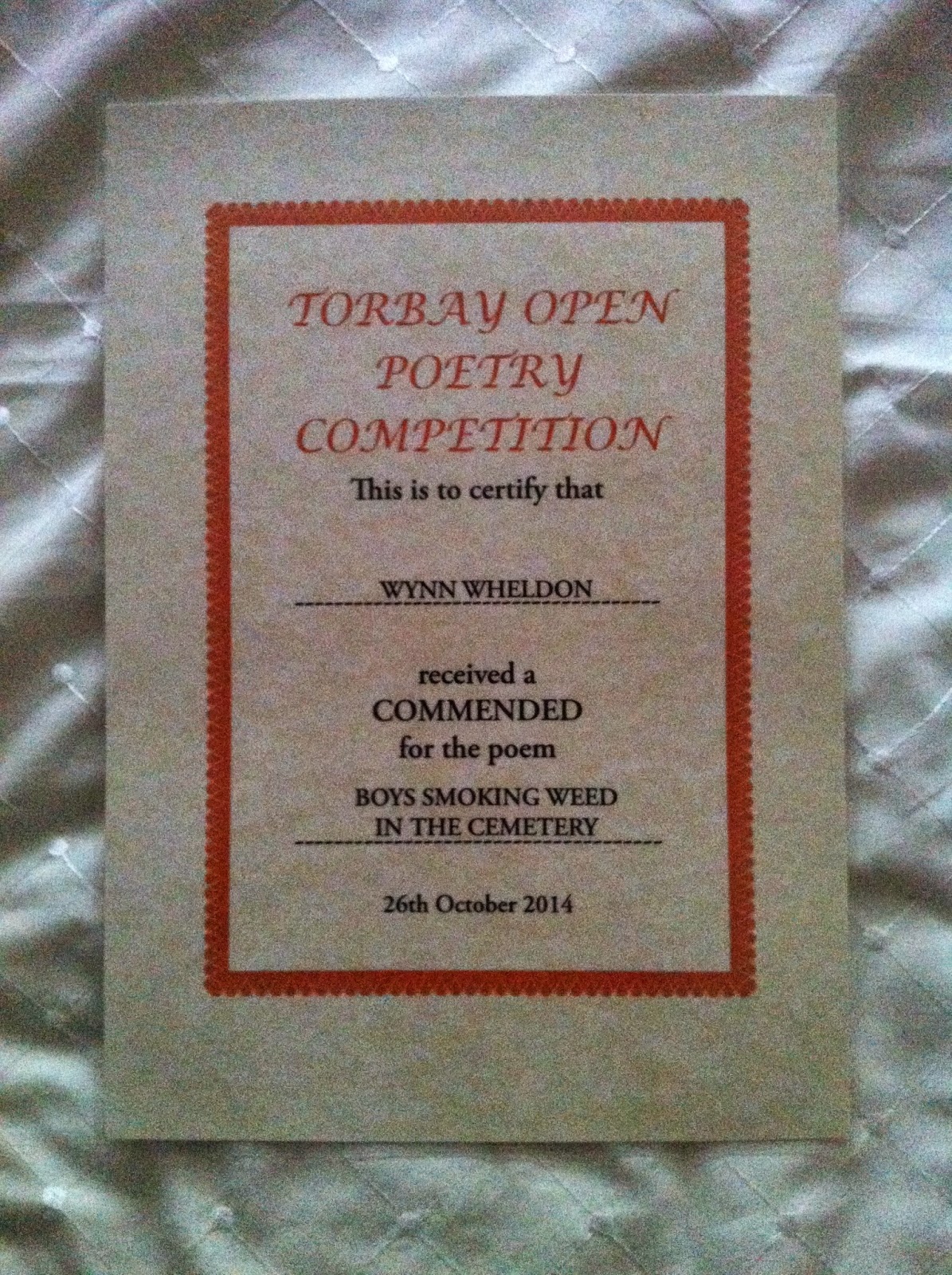