I was halfway through the tea when the girl with the blue lipstick sat down opposite me. She was neon blonde and bubblegum. The tea wasn’t great.
“Hey stranger! Mind if I join ya? It’s awful lonely in here.”
Her smile’s angelic and collateral. It’s giving me a headache.
“No. Please, be my guest.”
“Thanks dude. Is it cool if my friend sits here? She’s the hot one by the till. Bet you dream of girls like her, huh? We’re from America, California, the real deal. We’re doing Europe. I’d never heard of Wales before this week.”
Did she just say ‘dude’?
Her hot friend was wearing a dumb smile and a sickening grey hoodie with WEST COAST GURL on it. There was an envelope in her hand and she was talking to the cashier who was wide eyed. The beach cafe was silent. The most intelligent conversation I’ve heard all day.
“You’re not much of a talker, are you dude.”
“No.”
The wide eyed cashier was going through the till. Hand in, hand out, frown, blink, grin, breathe, frown. The west coast gurl was still talking slowly. Opposite me, Bubblegum put her hands on the table as a wolfish grin stalked across her.
I’m facing a moral dilemma: do I finish my tea and converse or immolate myself like an angry Tibetan?
“Do you want to know a theory I have.”
The latter, then.
“I’d love to.”
She lifted her hands, folded her fingers.
“A place like this is easy. There’s no need to rob a bank and risk getting shot by some asshole guard. There’s no need to rob a liquor store and risk getting shot by some asshole cashier. There’s no need to rib a garage and risk getting shot by some asshole traffic cop. There’s no need to rob a restaurant and risk getting shot by some asshole whose pancakes are getting cold. No, my friend, a place like this, a tourist place is the one to do.  Everyone’s distracted, everyone’s got money, everyone’s left their guns at home, everyone is…” she paused, contorting her hands “so chained to by some misplaced ideal of happiness, so grimly determined to enjoy their moment of peace that they would stand and wince and walk away while I do whatever I like”.
I seem to have misjudged blue lipstick girl. The cashier is still going through the till.
“Do you know what the best kind of robbery is?”
The West Coast Gurl is still talking, faster, looking around.
“No.”
“Picture this: A girl walks in holding an envelope and tells the cashier that her friend, sat at a nearby table, talking to some guy, has a handgun in her jeans and if all the money isn’t put in the envelope, the walls are getting repainted a startling shade called essence of brain.”
Her friend picked up the envelope and walked out. Bubblegum put some coins on the table and got up to follow.
“Get yourself some more tea. You look like you need it.”
at 22:34 No comments:

Tom Hollander - Now is the winter of our discontent...

TH magnificently disagreeing with Helen Mirren.  If you want to avoid the Newsnight woman go straight to 1.07.  I hope Norris, Doran, Mendes and all are watching.
at 00:47 No comments:

Did You Hear the Rain - George Ezra

When Julia Fischer walked on stage at the Stadthalle in Heidelberg a week or so ago, I was struck first by her air of utter authority, and secondly by a marvellously callipygous behind, sheathed in what looked like spray-on velour but was probably a far more sophisticated material. What happened next was that she started to play the violin, and my eyes pricked with the very first note.  I am no expert in music but I had no doubt that what I was hearing was performance of the very first order.  Fischer’s petite, willowy body moves with the music as in a gusty breeze; she arches backwards and lunges forwards.  She takes the bow from the strings with a flourish.  And I mention her behind because it seems to provide a perfect metaphor for her playing: both taut and sensuous.

Accompanying on the piano was Milana Chernyavaska, who must be very good.

The programme was: Sonatas by Tartini and Mendelssohn, 4 pieces by Sarasate and Ravel’s ‘Tzigane’.  I liked them all, but my wide middle brow enjoyed the Sarasate best.
at 09:21 No comments: 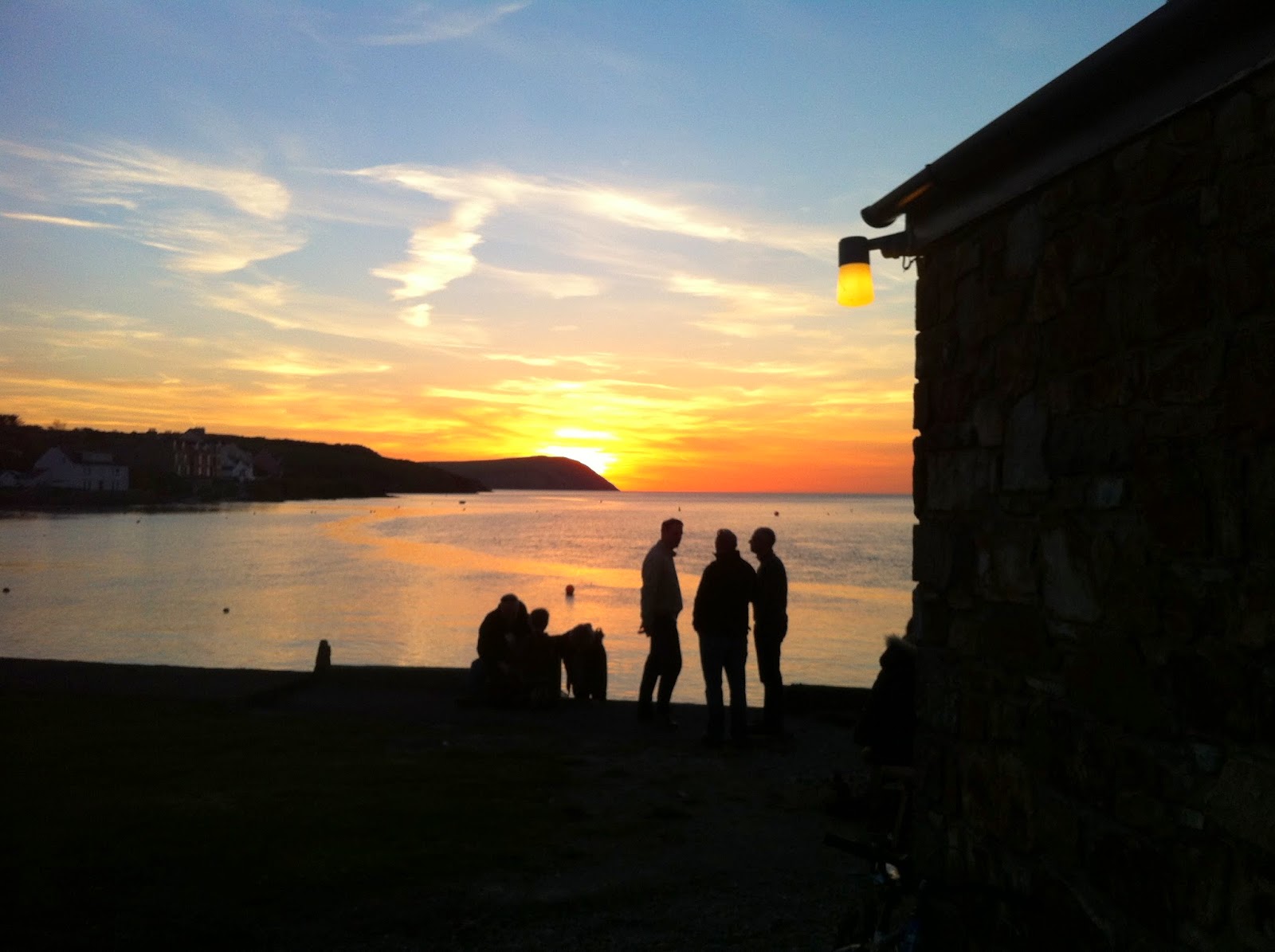 A big satire about the state of the nation - or rather the capital of the nation - 2008.  Lanchester is a first rate journalist, with a great eye for the nuances of social hierarchy, and in this he is akin to Tom Wolfe.  Capital is Tom Wolfe Mild, or perhaps - and there's a kind of irony in this, given the novel's emphasis on the cosmopolitan nature of London's population (unmatched anywhere in the world, NY included) - Tom Wolfe Englished.  He follows the line Wolfe takes in his masterpiece Back to Blood, about Miami, in weaving his book out of multiple narrative strands. Lanchester does not take on the big boys, as Wolfe does, instead concentrating on discreeter lives (although that perhaps does not include a vague representation of Banksy or the narrative that includes being arrested under suspicion of complicity of a terrorist plot to blow up the Channel Tunnel).  It is an enjoyable book, but what begins as a piece of social commentary becomes chained to its unlikely plots, and for Wolfe-o-philes it is frustrating that Lanchester's cartoon characters (meant in the best possible, Wolfian,way) are not quite funny or engaging enough to make the book as greed-inducing as the Master's.  A good 7 out of 10, and may well be of use 100 years hence, to social historians if not to literary critics (if such persons still exist of course).
at 13:13 No comments:

Is it wrong to say that funerals may sometimes be enjoyable?  I don’t think so.  Obviously the funerals of the young or the tragic are likely to be traumatic affairs, although even these should bring some kind of consolation.  The funerals of those who die because they are old and have earned the love of their families may, if properly conceived and executed, be enjoyable, even for the mourners, perhaps especially for the mourners.  Perhaps that is their point.

I do not mean enjoyable in the sense of celebration – that can be left to the memorial or the wake – but rather in the sense that a good funeral heightens one’s own sense of being alive.  This past weekend I was at the funeral of the father of two of my closest friends.  At the interment, as the congregation stood among the stones of the gently sloping graveyard, slightly hung back from the principals, the coffin was lowered into its plot to the plaintive strains of a Royal Marines bugler blowing the Last Post.  Warwickshire and England rolled away around us in the light Spring rain.  Ashes to ashes, dust to dust.  The words are almost comical in their familiarity, but it is the comedy of mortality.  This has been going on a long time.

Ritual is important.  Repetition is important. The church was full, many standing.  The hymns were familiar and sung with gusto.  Corinthians was King James, as it always should be.  Shakespeare, Tennyson, Elgar.  There are traditions which live because they flex and accommodate.  The Church of England is very good at this.  It may not turn pagans like myself into believers, but somehow the touching of those familiar nerves, and the genius of so many of the words used draws one into a communion.

But the Church is dependent on a family’s determination and willingness to do things right.  As it was, here the deceased had made it clear almost twenty years ago what kind of a service he wanted.  He’d done that in a funny, unaffected, tremendously characteristic letter to his daughter just before boarding a flight on a questionable carrier.  Her ability, and the ability of those similarly affected, to pull off so perfect – so good, so enjoyable – a funeral, spoke well for all parties: the church, the deceased and the bereaved.
at 16:41 No comments:

Peaches Geldof was a good sort and her death is very sad.  This message sent to me from a young friend speaks very well for her goodheartedness : “I didn't know her well at all but I liked her a lot. First time I met her I was in the Groucho club singing a song from Hercules under my breath and she heard me and I think could sense I was a bit nervous so just started belting it out with me. I remember having one of those stupid grins you can’t shake afterwards, where your cheeks start to feel numb. You would have liked her. She was fun and always keen for a real conversation.”
at 22:42 No comments:

To Smithfield on Thursday 3rd, to hear a concert of French sacred music performed by the choir of St Bartholomew the Great

Durufle, Dupre, Laloux - not exactly General Knowledge quiz answers, but nonetheless Top Composers of 20th century sacred music.  Perhaps not in the Poulenc rank, but pretty good.  Made all the better of course by the setting of St Bartholomew's.  The true reason for my attending, apart from the company - an assemblage of distinguished, convivial sorts - was for Faure's Requiem, which I had not heard live before.  This was, of course, a non-orchestral version - just organ and choir - so different but perhaps more pertinent in some strange sacred way.
at 11:15 No comments:


Very excited to be seeing Julia Fischer, arguably the world's greatest violinist, playing the Mendelssohn Violin Sonata a week today, in Heidelberg.
at 00:43 No comments:

The phrase "the brothel of packaged sightseeing" struck me as brilliant.  It is from Patrick McGuinness's intriguing poetical portrait of the Belgian town of Bouillon, Other People's Countries.  Although not strictly speaking a term of venery, "a brothel" of tourist outlets should surely join "a murder of crows" and "a smack of jellyfish" among the most vivid of collective nouns.  How well it would apply, for exmple, to Coventry Street.
at 11:53 No comments: