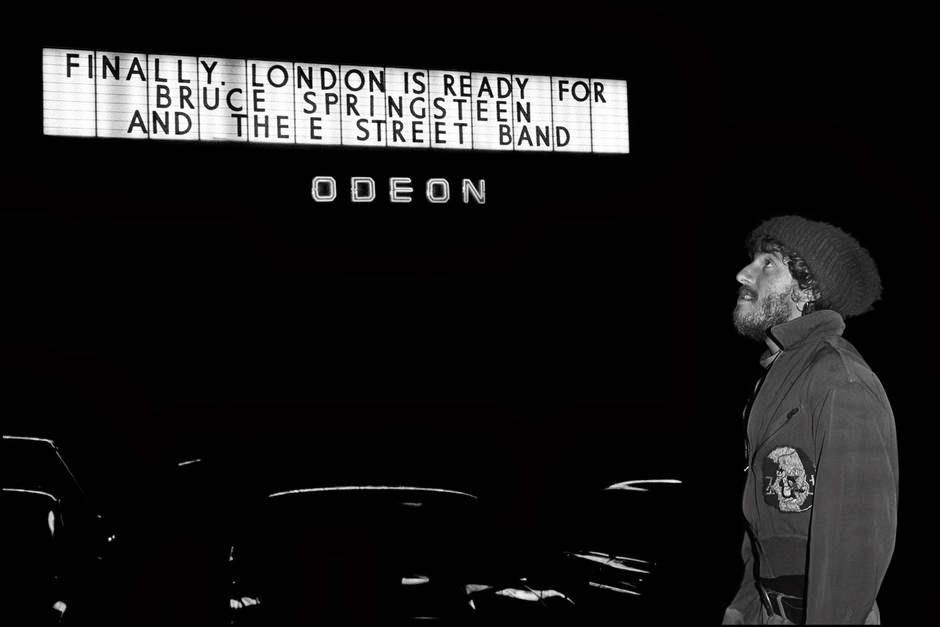 Springsteen absolutely hated this "Finally London is ready..." shtick, and reportedly went about the place tearing down the posters that bore the boast.  In fact he was still pissed off when he played the first show on 18 November, 1975.  He returned on the 24th (after gigs in Sweden and Holland) to play a second concert.

For years I understood that the first show was a disappointment and the second was the one at which to have been.  I couldn't reconcile this with my experience. In the all-seater Hammersmith Odeon the crowd had been dancing in the aisles almost from the beginning.  Then again, I was 17 years old, and Born to Run, released earlier that year, had hit me in heart, mind, solar plexus.  I assumed that I had been at that first show, and so when the DVD came out 30 years later, and was hailed as the recording of a classic performance, I was relieved.  But there was something odd, not quite right about it. A degree of cognitive dissonance. I was doubly perturbed because this remains my touchstone gig. None - by anyone - has ever been better.

And then the other day one of the two friends with whom I had gone asked me why 'Twist & Shout' didn't feature on the DVD.  He was sure Bruce had covered it.  Not only does he know his Beatles, he has a better memory than I.  I started looking into things, with the aid of the recently discovered Brucebase, an excellent research website, and lo and behold, there was 'Twist & Shout' on the setlist for the second show. What's more the site reconfirmed all those rumours - it was "a quite different affair" from the November 18 gig.  And now I recalled him playing an epic 'Pretty Flamingo', and cognitive dissonance dissolved into delight. We'd been at the second show, and we'd seen the future of rock and roll at his very best.