I've a poem on this month's Snakeskin, here: http://www.simmers1.webspace.virginmedia.com/index.html
but check out the rest of the poems too.  Some quality stuff. 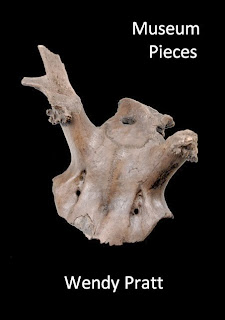 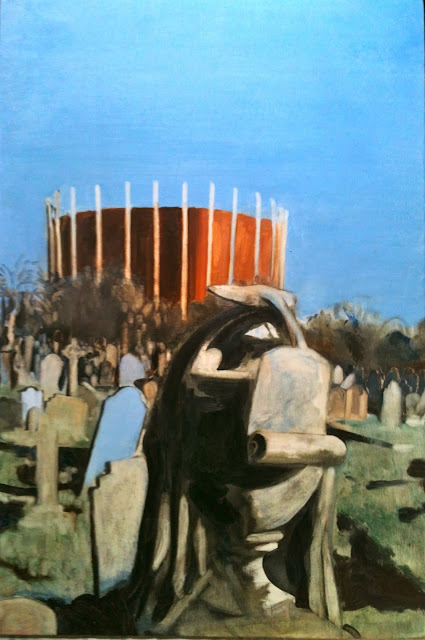 Untitled, December 2013, Oil on panel
(Inside information allows me to tell you that Kensal Green cemetery features)

More Caitlin Line work is to be found here: http://caitlinline.tumblr.com/

My review of James Andrew Taylor's immensely readable life of the poet Vernon Scannell is in the Christmas Spectator.  You may be able to find some of it here: http://www.spectator.co.uk/books/9097482/walking-wounded-by-james-andrew-taylor-review/

from Book IV of The Task, by William Cowper

Now stir the fire, and close the shutters fast,
Let fall the curtains, wheel the sofa round,
And, while the bubbling and loud-hissing urn
Throws up a steamy column, and the cups,
That cheer but not inebriate, wait on each,
So let us welcome peaceful ev’ning in.

The Dead Wait by Paul Herzberg

This is a play of real power.  A four hander on a more or less blank stage (a coffin shaped hole and a coffin shaped rock) it is both visceral and intellectual, using, as in all the best things, the particular to tell us something about the general.  The central character is Josh Gilmour (Austin Hardiman), a soldier press ganged into the South African war in Angola.  It is his journey that the play describes.  This journey is a literal one, as he carries his prisoner (Maynard Eziashi), a member of the ANC - "Mandela's crew" - back towards the South African border. As he goes he learns that his sympathies lie more with his burden than with his commander, the loathsome, though far from one-dimensional Papa Louw (played by the playwright).  This might have been called The White Man's Burden.

The performances of Eziashi and Hardiman are first class, and Paul Herzberg's creation in Papa Louw is both menacing and fascinating. The design  (Simon Scullion) and lighting (Mike Robertson)  were top drawer.  A very good production of a very good play.
at 17:02 No comments: