A second visit to Herculaneum and Pompeii, or at least to the British Museum, where once again it was the high-grade quotidian nature of the show that makes it moving.  By which I man, these people were not at all unlike us.  They had fewer things, and those things were - and why should they not be - beautiful.  But they also dropped their earrings down the loo and scratched stupid graffiti in inappropriate places."A thousand of my sheep graze on the hills of Sicily" wrote someone.  It's a quote from Virgil apparently, which is admittedly pretty highbrow seen from here, but then may have been no more falutin' than, say, a Bastille lyric is today.  Again, my favourite pieces were the stags being drawn down by dogs.

On, then, to Salisbury, and a look about the cathedral, everyone's favourite or second-favourite, and seeming to me to be almost the platonic ideal.  I can't imagine more perfect proportions. It is just dead right.  Here i came upon two whistler engravings made in memory of two sisters, illustrated quotations from Eliot: "the moment of the rose and the moment of the yew tree / Are of equal duration".  Well, hmm, if you say so.  I suppose the idea is that the rose symbolises life and the yew death, and that in our beginning is ur end and so forth.  Anyway, very beautiful.  Also noticed badly done graffiti on one of the effigies, "WW" turning up, worryingly, three or four times.

Finally James Holland talking to a large tent-load of people, ourselves included, in History's answer to Glasto, the Chalke Valley History Festival.  Bucketing down with rain, pitterpatter on the stretched skin of the tent's top, while the sides occasionally lunged inwards, like sails billowing as the result of some malicious bubble-cheeked god blowing at us. Mr Holland spoke about the Dambusters and how different the whole business was to that portrayed in the film..  He was tremendously enthusiastic, funny, clear and moved.  Remarkable was the speed with which the enterprise was undertaken: more or less two months, from proposal to action. And momentous the results.  Not merely eccentric British genius, but rational British genius.  "Bonkers" - I could feel Mr Holland wanting to say "fucking insane" - nevertheless.
at 00:14 No comments: 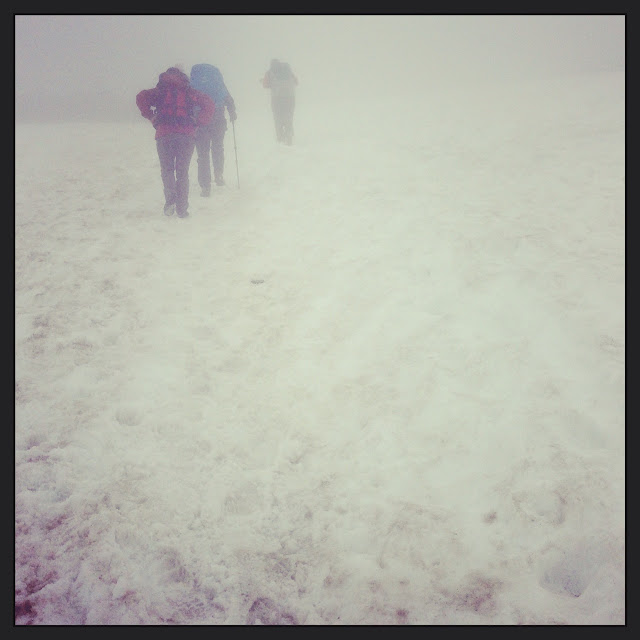 Rather wonderful landscape photographs of the British Isles.

Springsteen is a force of moral good, not in a sanctimonious way like some others I could mention, not because he and Obama are pals or because he supports Amnesty International or sends money to striking miners, but because of what he does on stage.  Coming away from a Springsteen concert one emerges better.  We have felt joy in the grand singalong anthems he is so adept at, and we have been reduced to tears by songs of defeat and victory.  We have had, in both its meanings, a good time. Such a talent isn't complicated.  It is just very rare. Gawd bless you, Bruce.
at 15:38 No comments:

John Podhoretz has written a moving piece about his sister, Rachel.  This is the first paragraph:

She was a brilliant editor, writer, painter, carver, potter, mask-maker, poet (hilariously so) and wit, but her unique, unmatched talent was in wrapping her family and friends in a blanket of warmth and fellowship. She inspired, defended, comforted, regaled, fed, encouraged and enchanted us all.

Read it in full, here.

Friday 31 May 2013
If you can have standing for Mahler, then why not standing for MK? The front row of the stalls, which we looked down upon from the choir, was about as animated as a dead eel (probably Dire Straits fans, he says maliciously). I know we're all getting on, and so forth, but this was a very sedate crowd. So there was a slow start to the evening, despite the two jaunty opening numbers. I suppose it doesn't help that MK is about as laid back as it is possible to be without actually being horizontal, but then again, that is part of his charm. As MK he is almost diametrically the opposite of Dire Straits, and hooky smugness has become authentic musicianship, and the stadium god has become your best bar-room buddy. In the end, his licks are so beautiful it is impossible to resist. The truth is that this is perfect rock music for 55 year olds. And that is meant, emphatically, as a compliment.

Fear no more the heat o' the sun,
Nor the furious winter's rages;
Thou thy worldly task hast done,
Home art done, and ta'en thy wages:
Golden lads and girls all must,
As chimney-sweepers, come to dust.

Fear no more the frown o' the great;
Thou art past the tyrant's stroke;
Care no more to clothe and eat;
To thee the reed is as the oak:
The Sceptre, Learning, Physic, must
All follow this, and come to dust.

Fear no more the lightning-flash,
Nor the'all-dreaded thunder-stone;
Fear not slander, censure rash;
Thou hast finished joy and moan:
All lovers young, all lovers must
Consign to thee, and come to dust.

No exorciser harm thee!
Nor no witchcraft charm thee!
Ghost unlaid forbear thee!
Nothing ill come near thee!
Quiet consummation have,
And renownèd by thy grave!

This is posted in memory of Rachel Abrams,
who died this morning, June 7th, after a long battle against stomach cancer.