This is a short piece from Nick Cohen, who appears to agree with me that the United Nations is hardly the beacon of hope for mankind that it, and its supporters, like to claim it to be:

"The decision of the United Nations last week to exclude gays from a special resolution condemning extrajudicial, arbitrary and summary executions did not receive the attention it deserved.

The United Nations is still the object of wistful and on occasion Utopian hopes from those who do not realise that it can never be a moral force because it is a club without membership rules that allows any tyranny to join. Its best – some would say only – good purpose is to reveal how apparently rival dictatorial ideologies – African Nationalist, Islamist, Communist, post-communist and crony capitalist – will sink their differences and unite in opposition to liberalism.

Among the lackeys of despots who said it was all right to kill queers were the representatives of Iran Algeria, China, Congo, Cuba, Eritrea, North Korea, Egypt, Malaysia, Pakistan, Russia, Sudan, Uganda, Vietnam, Yemen, and Zimbabwe. Not one African country voted in favour of protecting homosexuals from extra-judicial murder, including Nelson Mandela’s South Africa, which still gets far too easy a ride in the Western press in my view. At the UN the supporters of dictatorship and dictatorial ideas reminded us once again that what unites them is more important than what divides them, and that lesson is always worth remembering." 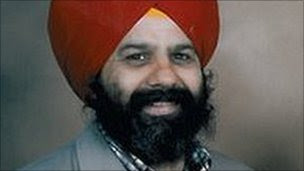 The murderers of Gurmail Singh, the Huddersfield shopkeeper, were jailed for life today. There is a link here to an Observer article by Euan Ferguson written in March this year. It is exceptionally moving.

Nothing to Envy by Barbara Demick

Subtitled 'Real Lives in North Korea', I found this book as hard to leave alone as a Lee Child thriller. Demick tells the story of six north Koreans who have defected to the South. The sins of the communist dictatorship are too many and too ghastly to fliply offer tasters. Like Stasiland, it reminds us of what invariably happens when the State becomes the source of all things. At the same time, these people survived, and the book is not really political at all, but is a record of the perseverance, bloody-mindedness and luck that is required of those who wish to live full lives.

Here's a delightful look at all the good things that Ms Demick missed out:

This is an astounding book. Often incoherent, and with no real narrative architecture (it is one damn discomfort after another), it nonetheless relentlessly articulates what it is to be a modern British army officer. Sometimes it is eloquent, often it is moving, and frequently it is funny. It is also often horrifying.

How do i know that it is true?

Truth comes by way of authority, the author's most important weapon, whether he is making things up or writing poetry or describing what it is like to travel in a stripped-down and up-gunned Land Rover. And authority derives from the deep consideration of one's experience. The consideration is as important as the experience. When Coleridge wrote This Lime Tree Bower from his sick bed he was describing a simple walk. The power, indeed the very meaning of the poem is derived from the depth of his knowledge - his consideration - of the walk he is not taking. The overwhelming impression one gets in reading this book is that the author is drinking experience to its very dregs, and knows that to do so it has to be considered.

It is a humane, literate, revealing, troubling, funny and exciting book. And at the risk of sounding pious, pompous or po-faced, it is also humbling.
at 21:57 No comments:

Here is the rather charmingly gobbledegook Google translation of the Corriere della Sport's coverage of the match. Can't see Gabriel Garcia Marquez or Vargas Llosa getting into any British newspapers... good to know that Spurs have so many literary laureates on their side. Did Pinter support Spurs?

Inter crumbles: Benitez plays the card of replacing despair with Biabiany Coutinho, and throwing in Milito (who hit the crossbar), to save at least the pride in what he considers his adopted homeland. Here comes the goals of the flag, the 36 'the second time, with Eto'o in the area served by Sneijder. The Nerazzurri have not, however, arrows to their bow and give life to a dull performance, to forget. And do you pierce suspicious offside - at the end of regulation time - the third goal of the Spurs: Author Pavlyuchenko, which came in place of Van Der Vaart. No Inter leaves its mark: the Spurs are calling the shots. And they do it on the notes of the chorus' When the Spurs go marching in ', thus evoking the golden age of Lilywhites in 1963 when they conquered the Cup Winners' Cup. Redknapp returned with a large dusting and many years later remains a beloved team, proud and proud of its Jewish connotation. His fans call themselves Yid Arm. They are the favorite team of Gabriel Garcia Marquez and Mario Vargas Llosa. Toast tonight. Inter must reflect the qualification is not compromised but the problems are all, and before the eyes of Massimo Moratti, Capello and Prandelli, puts them all out. Headache for Benitez sees lengthen the list of injured players. Tonight new entry in the infirmary, Sulley Muntari.
at 00:20 No comments: